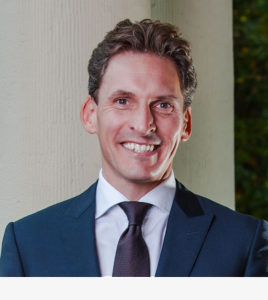 As a lawyer, Martijn Fleers is specialised in Administrative Law with an emphasis on spatial planning law. He advises and regularly conducts legal proceeding regarding spatial developments and redevelopments. For example, zoning plans, permits, environmental issues, losses in connection with zoning decisions and enforcement proceedings (administrative enforcement or penalties).

In cases with property aspects, such as the tenancy/rent of business premises and office space and buying/selling property, Martijn works together closely with Tom van Dijk and Eelco de Jongh.

Martijn has been practising law since 2000. In addition, he has been a member of the advisory
committee on objections of the Municipality of Delft from 2009 to 2020. Martijn is board member of the Tajiri Ferdi Foundation. He worked as a parliamentary assistant in the Dutch House of Representatives and the European Parliament from 1997 to 2000.
During his studies, he followed a traineeship at the United Nations in New York.

Based on this registration, he is required to obtain ten training credits per calendar year in each registered principal legal practice area in accordance with the standards set by the Netherlands Bar.